In Celebration of Competitive Creativeness 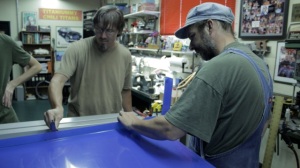 A couple of years ago the America Competes Reauthorization Act was approved granting federal agencies broad authority to host contests to spur innovation. In How Contests Spur Innovation, Inventors Daily reported, at the time, that this signature event was critical to invention and economic development in America.

“…The Act provides a “clear and simple legal path” for Uncle Sam to run invention contests, much like the private sector. The U.S. public sector, it should be noted, accounts for approximately 25% of our $15 trillion economy.”

From America Competes was born Challenge.gov , “an online challenge platform administered by the U.S. General Services Administration (GSA) in partnership with ChallengePost that empowers the U.S. Government and the public to bring the best ideas and top talent to bear on our nation’s most pressing challenges.”

So if you like making stuff – mechanical stuff, 3D stuff, coded stuff, design stuff – there’s no shortage of federal and private industry nationwide competitions to in which to try your hand and your head.  If the incentive of a cause, or a prize are your best inspiration, start with  Challenge.gov and Challenge Post.

And there’s plenty of other resources.

Visit back here often for announcements about contests both local and national that we learn about throughout the year.   And share your news about contests, both entered in and hosted! We’d love to feature your stories and photos!