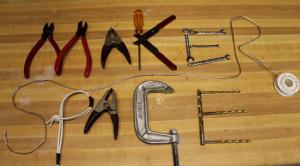 The year we held Tampa Bay’s first ever maker festival, Tampa Bay Mini Maker Faire, in 2012, the concept of “makerspaces” in the Tampa Bay area was just a fledgling idea.

The Faulhaber FabLab , then at the GWIZ Science Museum in Sarasota, was the only formal such space in existence in the area.  Small independent spaces, like the always awesome Backyard Workshop provided glimpses of what could be accomplished with some high end tools, friendly collaboration and creativity, but there were no easily accessible public creative spaces for most people.

Today, just three years later, there is an abundance of maker, hacker and fabrication 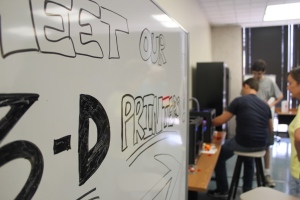 spaces in operation or under development across the Tampa Bay area and along the Gulf Coast.

The spaces profiled here have already signed up to participate in Gulf Coast MakerCon 2015, in our Makers of Spaces area, and will be showcasing member projects, providing opportunities for hands on fun and learning, and sharing information about their spaces and how to be part of them!

If you’re part of a community makerspace in the Gulf Coast area, join in the fun and register your space for Gulf Coast MakerCon today! 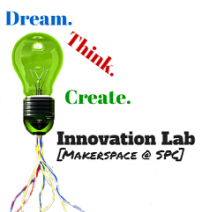 The Innovation Lab at the St. Petersburg College Seminole Campus, which is one of our great collaborative partners for Gulf Coast MakerCon 2015,  opened this past summer at the Seminole-St. Petersburg College Library.  The space has an an active and creative community of makers and educators are working on everything from Interactive Fiction Games to exploring uses of 3D pens.  They hosted the Mid-Pinellas ComicCon and MakerCon in August, drawing thousands.  The Innovation Lab is leading coordination of our ComicCon & Game Fest area at this year’s event. 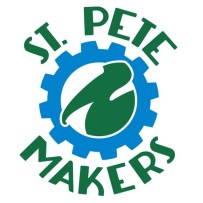 Innovation House at Stetson University is an academic makerspace that provides creative gathering space for  students, alumni and staff and a suite of contemporary tools for rapid prototyping. It is currently hosted by the Stetson Hacker Space student organization and was provided start up support from the Prince Entrepreneurship program.

The Faulhaber FabLab has a storied history of breaking ground in the fabrication, rapid prototyping, STEM education and creative development community on the Gulf Coast.   The Faulhaber Fab Lab is reopening in its new location at the new Suncoast Science Center this spring, providing fresh space for its digital fabrication lab where students, teachers, hobbyists, entrepreneurs, business owners, retirees, inventors, or anyone with curiosity and a tinkering spirit can make their ideas come to life.  The FabLab is currently in “beta mode” with members of the Sarasosta Makerspace and will open to the public in late spring. 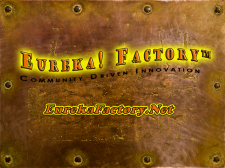 Eureka Factory, which produces Gulf Coast MakerCon,  is a maker of public makerspaces in the most literal sense, facilitating creative space development and design in public libraries, schools and other community facilities throughout the Tampa Bay area.   Owned and operated by Steve and Terri Willingham, designers of The Hive at John F. Germany Library, a  10,000 sq. ft. public makerspace which opened last fall, Eureka Factory seeks to raise awareness of the power of active creation over passive consumption through hands on events and programs.  In addition to Gulf Coast MakerCon, Eureka Factory also produces  ROBOTICON Tampa Bay, a FIRST K-12 youth robotics showcase, each fall, and is a collaborative partner in a variety of community building programs and efforts throughout Tampa Bay.